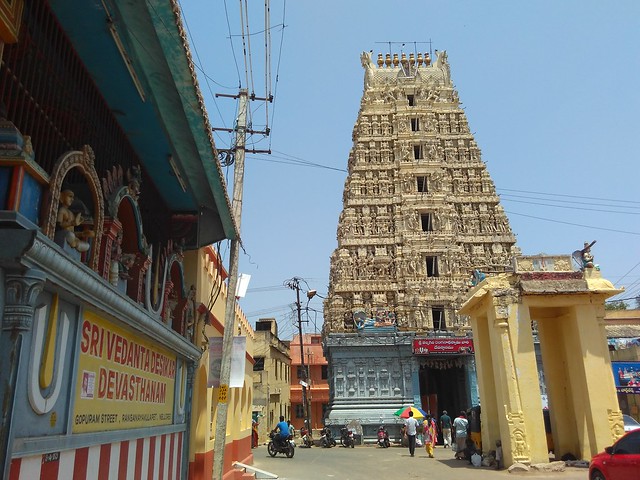 I was in Nellore, South Andhra Pradesh, recently to attend a friend’s marriage reception. I had booked the return train only on next day evening, so I had some time in my hands. I went to my relatives house early in the morning and they told me about this Ranganatha Swamy Temple being close to their house. Intrigued, I decided to visit the Temple. 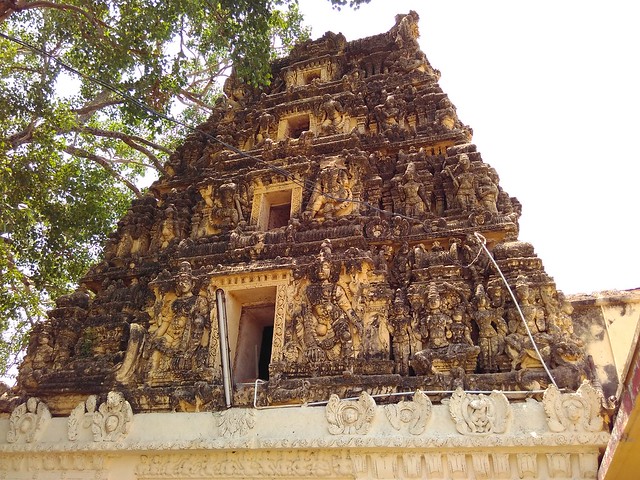 The first photo shows the main Gopuram, also known as Gali Gopuram, and the above photo shows the old Tower behind the Temple. Probably this was the entrance to the Temple from the Penna river during the medieval times. The main deity facing the river, towards the west instead of east, is another reason to believe this. This Temple is believed to have been constructed somewhere between 8th – 12th Centuries by the Pallava Kings, whose boundary extended up to the Penna river in Nellore, in those days. 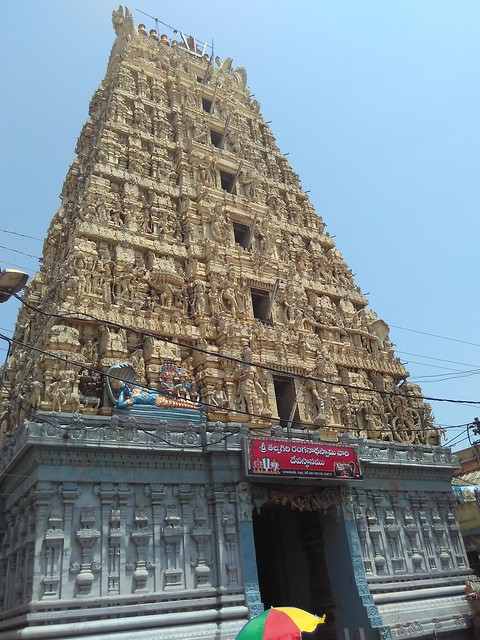 When you go inside through this Gopuram you’ll find workers quarters first, similar to Srirangam Temple. There is another entrance beyond that to enter the Temple. Another thing I noticed in this area is, there are many beggars on both sides of the pathway, but they didn’t ask for alms persistently. A couple of them asked once, and then they stopped. 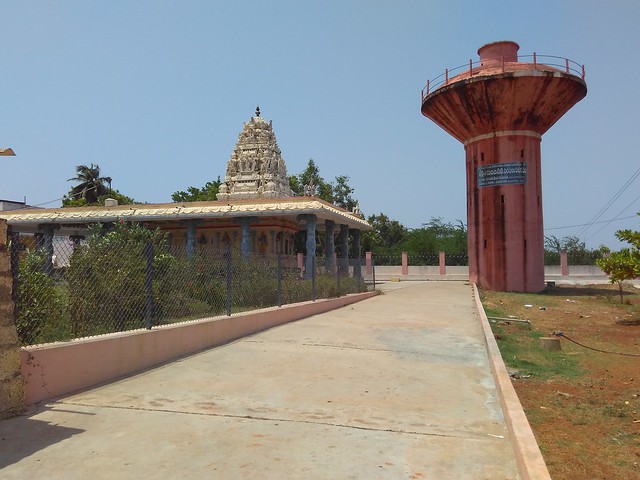 The main deity, Lord Ranganathaswamy or Lord Vishnu, is sitting in a reclining posture on a huge snake. They give the harthi and place the chattari on our heads. I didn’t buy the ticket for archana, but if you want you can. 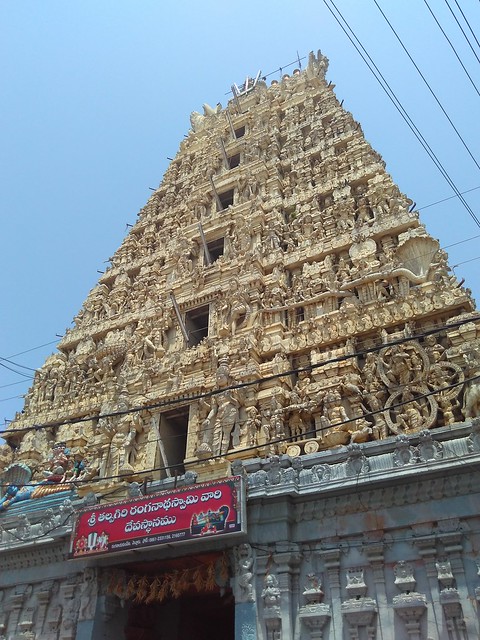 This Temple Tower is 70 feet high and is believed to have been constructed during the 19th Century. There are smaller shrines for other Gods also, but I didn’t visit all as I was here almost during the closing time (12 Noon!). The Temple is open from morning 6 AM to 12 PM and evening 5 PM to 8:30 PM (approx). 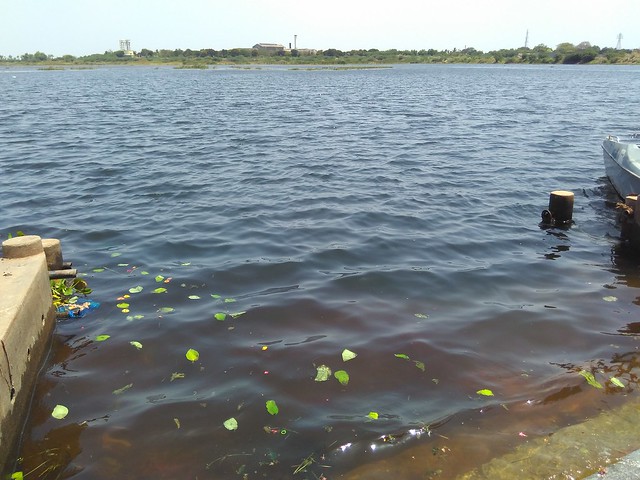 This is the view of the beautiful Penna river on the bank of which this Temple is situated. There are steps from the back of the Temple leading to the river. I found a couple of boats and ‘boating’ was written on the gate, but not sure if boating is actually available for the public. It was not available during the afternoon time I went.

Actually, I also planned to go to Jonnawada, another famous Tourist place nearby. But since I roamed on the streets of Nellore for almost an hour in the afternoon sun to find ‘tiffin’ (instead of meals) and didn’t get it, I was too tired and decided to sleep. However, I had sandwich, frankie, and an awesome Cassatta ice cream (Rs. 50). Wonder why we don’t get this ice cream here in the cities nowadays! 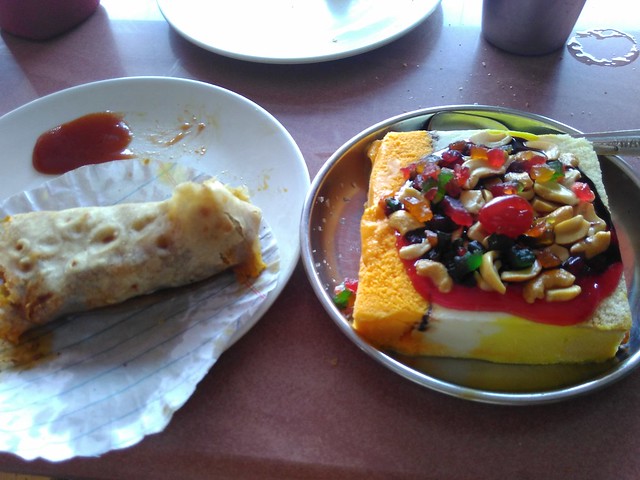