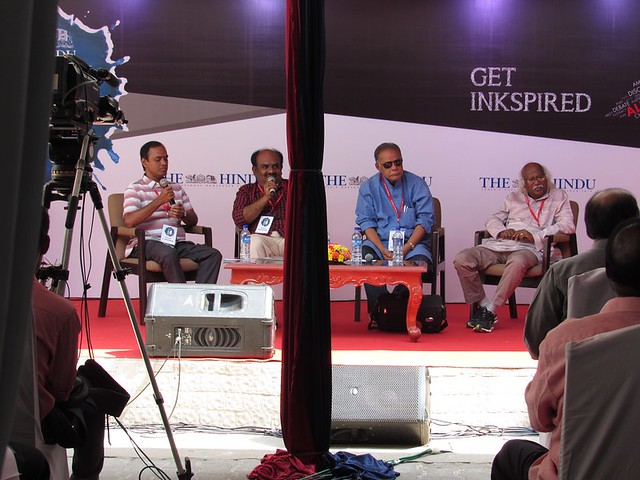 Aham Puram was a discussion session on city vs. village life at the recent Hindu Lit for Life event at Chennai. It was spearheaded by four Tamil novelists and authors.

As expected, a lot of arguments were put forward against the city. Look at this statistic:

“Criterion for considering an area to be a city is: 1 sq. mile should contain more than 2400 people. Chennai has more than 26,000 people!”

And there were some points for the city as well,

“People are pushed out of villages as traditional occupations in villages are dying. Hence they are forced to migrate to the city, which enables them to survive.”

There was also a neutral argument:

“Cities are a mixed bag. It’s good for some people who are educated and trained on modern jobs; but not so good for others who are in traditional occupations.”

Here are my views about living in a city vs. village:

It doesn’t matter. Both have their own problems and pleasures. It’s personal preferences and background that determines where one wants to live, and ends up living in. Location doesn’t determine happiness or unhappiness by itself.

If you think you’d be happier in a city, go ahead and live in a city. Otherwise, live in a village. But don’t judge others to he happy/lucky based on where they live. It’s too much of a generalization.

PS: Let me know your views on living in a city vs. living in villages in the comments section below.